While Americans continue to eat foods with synthetic artificial dyes, the British will enjoy eating a much healthier alternative. Foods colored with synthetic dyes, which are often petroleum-based dyes, have the look that makes you think, for example, that you might really be eating blueberries in blueberry Poptarts. If you thought you were eating real fruit, than the synthetic food dyes had you fooled. I just love petroleum-based Poptarts, don't you? I'm being facetious. Canned fruits and fruit cups even have synthetic dyes added. So, while American food companies race to change the ingredients (some of them have already), some of the food companies will keep the petroleum-based dyes for the Americans to eat and create a healthier alternative for the British. Isn't this ubsurd? "It means there are two international standards for food additives. Companies that sell in both countries often use petroleum-based dyes in the U.S., such as Red 40 and Yellow 6, but beet root, carrots and paprika in the U.K." This quote was found in the following link: Signs of the Times News for Sun, 07 Jun 2009
Some American food producers are changing their ways. These are the ones who are ahead of the game. On their labels they sport the "no artificial dyes", "no artificial colors", etc. and they are preferred or will be preferred over the alternatives made from petroleum based dyes. Food marketed to children does not have to have the colors leaching off on their clothes and skin for it to taste good. Why did it become important to market candies that leave a tattoo color on the tongue to show to friends? Food is marketed to be fun and not necessarily real food. If food is to be fun, why not use healthier ingredients so the children will get some benefit. Why did it become necessary to put red dye 40 and other synthetic dyes in almost every product imaginable? Why? Synthetic dyes are cheaper. Synthetic dyes can trick you into thinking real fruit is in it. We have come to the habit of eating with are eyes and forgetting our health and the health of our children. These dyes are not good for anyone. Please read more of my blogs if you would like to know why.
Posted by Mom4Change at 9:22 AM

Here is an easy way to share this blog with others!

A Sleep Aid that Really Works without Artificial Colors!

A Must See Video I found on You Tube....Children -walking test tubes -nasty food additives

"The science shows that kids' behavior improves when these artificial colorings are removed from their diets and worsens when they're added to the their diets," Schab said. "While not all children seem to be sensitive to these chemicals, it's hard to justify their continued use in foods - especially those foods heavily marketed to young children." (Center for Science in the Public Interest, 6/2/08)

Where to Buy Natural Food Dyes

Finally, a store that has what you are looking for - products without artificial colors! 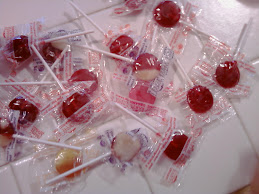 Would you pay more money for foods without Red Dye 40?

Greetings to all Principals, Faculty, and members of the Food Services for School! I challenge all of you to create healthier food choices in your schools. The benefits will be great! Please take the time to look at these three links.
The first one is a slide show and has statistics to show how much each school improved after making only food changes in their schools. (Very Impressive!)
http://www.school-lunch.org/fairfax.html (#11 on my Links and Videos section)
The next one is information on How to Change a School's Food Program. http://www.school-lunch.org/schools/intro.html (see #10 on my Links and Videos section)
And this last one is titled, Matthew's Story and is about a little boy who experiences the effects that artificial dyes have on his behavior http://www.school-lunch.org/school.html (See #9 on My Links and Videos section).
This could be my child's story and a number of others as well. You have the chance to make a significant change in the lives of the children who are in your care. You might know a problem child who has always acted aggressively and defiant change into a sweet wonderful kid. You might notice how that child is now completing his work and is able to focus better than before. You might even see a smile where that dye-induced frown used to be. I challenge you to make a change - our children are counting on you. :)

Do your school lunches have artificial colors?

Every problem could be your greatest gift!